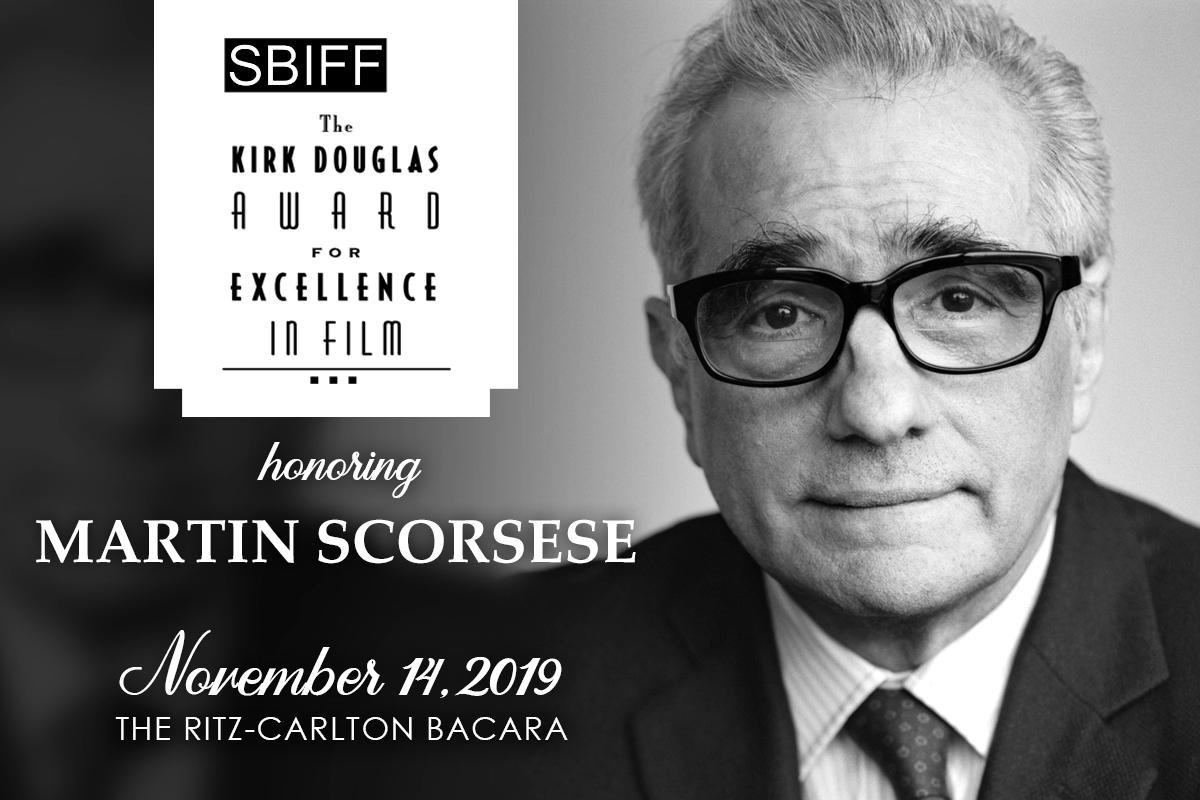 at The Ritz-Carlton Bacara, Santa Barbara
This event has passed.

Martin Scorsese has given us an extensive list of expertly crafted and unforgettable films including TAXI DRIVER, RAGING BULL, GOODFELLAS, GANGS OF NEW YORK, THE AVIATOR, THE DEPARTED, HUGO, THE WOLF OF WALL STREET, SILENCE and many more from his remarkable career spanning over 50 years. His next film, THE IRISHMAN, brings him together again with Robert De Niro, Al Pacino, and Joe Pesci. The film is set to be released by Netflix in theatres this fall.

Since 2006, the annual Kirk Douglas Award for Excellence in Film has been awarded to a lifelong contributor to cinema through their work in front of the camera, behind, or both. Mr. Scorsese will be the fourth Director to receive this prestigious honor, joining the ranks of past honorees Hugh Jackman, Dame Judi Dench, Warren Beatty, Jane Fonda, Jessica Lange, Forest Whitaker, Robert De Niro, Michael Douglas, Harrison Ford, Quentin Tarantino, Ed Harris, and John Travolta.

“Martin Scorsese is a brilliant filmmaker. He has made countless unforgettable films and is a true cinematic treasure. I am honored and grateful that he will receive the 14th annual Kirk Douglas Award.” states Kirk Douglas.