EntheoMedicine opens the 2019 talk series with two accomplished authors in the world of psychedelics.

at Unity of Santa Barbara
This event has passed.

Author and Western Buddhist scholar, Allan Badiner will cover how psychedelics can profoundly enhance Buddhist practices —a controversial position not shared by all traditional Buddhists. Yet through his research he found nearly every Western Buddhist Master has used psychedelics to help understand the deep aspects of their practice.

During this talk Badiner will address:
» Are psychedelics an obstruction to Buddhism, or a helpful accompaniment?
» Are mind-altering substances a legitimate means of personal transformation?

Badiner believes that a conversation about psychedelics is relevant and important in our lives right now. That’s not to mean that we should all be taking psychedelics necessarily but that they have a role to play in making it possible for us to survive the challenges hurling towards us in terms of an ecological slow-motion collapse, and destruction of the planet’s living systems. We are neck deep into the sixth extinction. We need tools that will allow us to more rapidly and profoundly change consciousness and recognize our inter-being with all life.

Almost every American born teacher of the Dharma speaks openly about their early relationship with plant teachers, and in some cases giving them credit for their becoming a Buddhist teacher Jack Kornfield, for example. Robert Thurman now describes enthogens (MDMA, psilocybin, and others) as “skillful means” to being more compassion into the world.

The use of entheogens in the Vajrayana tradition has been well documented by scholars. Badiner is intrigued by highly purposed use of these substances within an ethical framework like Buddhism.

Allan Badiner served as editor of Zig Zag Zen: Buddhism and Psychedelics (Synergetic Press, 2015), as well as two other books of collected essays: Dharma Gaia: A Harvest in Buddhism and Ecology (Parallax Press, 1990), and Mindfulness in the Marketplace: Compassionate Responses to Consumerism (Parallax, 2002). Allan is a contributing editor of Tricycle Magazine, and serves on the board of directors of Rainforest Action Network, and Project CBD. He has been a student of Zen Master Thich Nhat Hanh for more than 30 years.

The second talk, Psychedelic Renaissance – Creating Your Own Community will be presented by Lorenzo Hagerty, he will share how he became a voice for the world-wide psychedelic movement. He will also give attendees ideas on how they can create their own community with other like-minded individuals interested in psychedelics as a tool for healing and spiritual growth.

During Hagerty’s presentation he will cover:
» How he came out of the “psychedelic closet” to host the Psychedelic Salon —the world’s most prominent podcast on psychedelics.
» How to create your own community of individuals interested in psychedelic transformation.

Hagerty is also the author of several books, including The Spirit of the Internet: Speculations on the Evolution of Global Consciousness, and The Genesis Generation: A Psychedelic Novel.

He is perhaps best known as the congenial host of the long-running Psychedelic Salon, a regular podcast series showcasing interviews, lectures, and assorted additional audio sources that feature some of the brightest, most creative individuals from the community of folks interested in psychoactives. He is also the organizer of the Palenque Norte Lectures at Burning Man, dedicated to translocating the vibe from the Entheobotany seminars at the Chan Kah hotel in Mexico onto the dusty realm of Black Rock City.

Hagerty is also the author of several books, including The Spirit of the Internet: Speculations on the Evolution of Global Consciousness, and The Genesis Generation: A Psychedelic Novel, both of which are available for free on his Website. 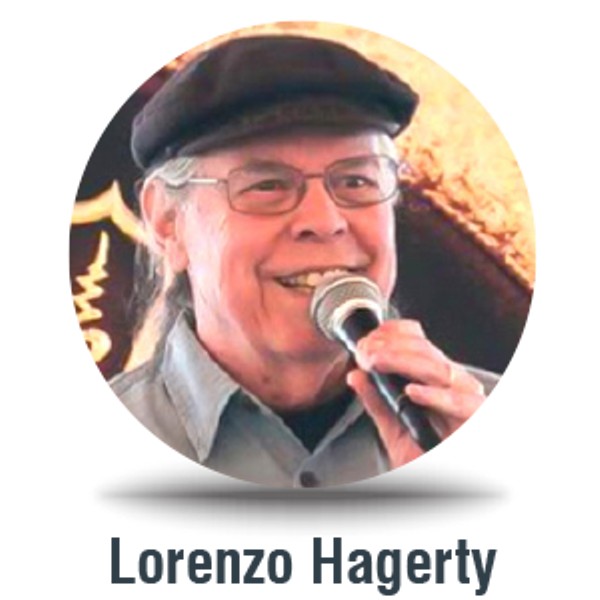