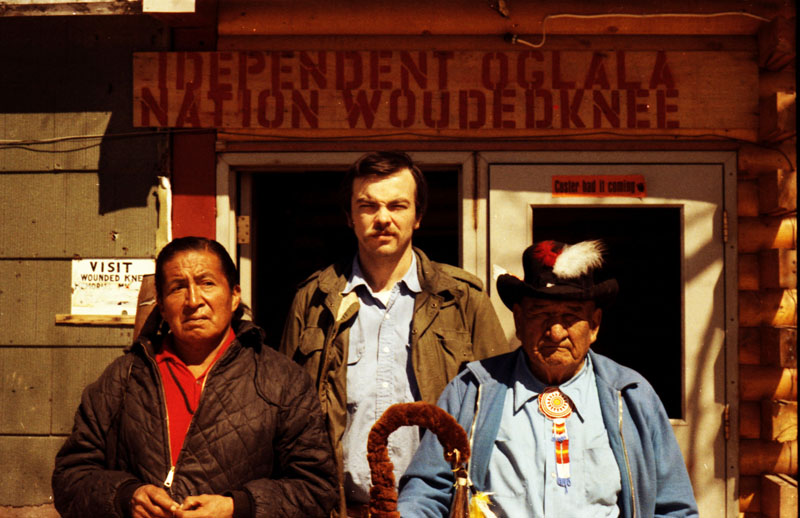 From Wounded Knee to Standing Rock: A Reporter's Journey

Santa Barbara premiere of newly-released feature documentary, From Wounded Knee to Standing Rock: A Reporter's Journey, about the seminal events in the modern history of Native Americans. The film was produced and directed by long time Santa Barbara resident Kevin McKiernan, who was embedded as a rookie NPR reporter in 1973 during the armed, ten-week uprising at Wounded Knee, South Dakota. The documentary was shot by the legendary, Oscar-winning cinematographer and social documentarian Haskell Wexler (1922-2015). A Q&A follows the film, with the filmmaker and special guests from the Yurok Tribe, including Willard Carlson, a protagonist in the film, and his son, Pergish, who will open and close the film with Yurok song and drum. Anthony Chase-in Winter, a member of the Oglala Lakota Tribe, will also take part in the Q&A.  Anthony is a UC Santa Barbara graduate in film studies who interned with the director during post production of the film.

In 1973 a rookie reporter is sent to cover armed members of the American Indian Movement (AIM) who have taken over the historic village of Wounded Knee, South Dakota. En route to Wounded Knee he is threatened by a paramilitary group whose members oppose the takeover and consider the press the "enemy of the people." To get the inside story, the reporter circumvents government roadblocks surrounding the besieged village and embeds with the militants. When the Indians finally surrender after ten weeks, two activists are dead and more than a dozen have been wounded in firefights with federal agents. The FBI arrests those who remain, including the reporter.

Forty years later, the reporter meets a Yurok Indian fisherman in California, a man he unwittingly had photographed during the ten-week occupation. The two become friends, traveling back to the Dakotas and later to the pipeline protests on the Standing Rock Reservation, where they examine the legacy of 1970s activism in Indian Country.

Meanwhile, the reporter launches a new investigation into the murder of his former roommate, a Mi'kmaq Native from Nova Scotia, Canada who took part in the Wounded Knee uprising. He butts heads with the FBI again, this time over the Bureau's alleged practice of 'snitch-jacketing' the Canadian woman as an informer. The story takes another unsettling turn when the reporter confronts the founders of the Indian movement with alleged ties to her killing, a decision that threatens to undermine his status as a trusted outsider.

Kevin McKiernan is a veteran foreign correspondent, photographer and filmmaker whose coverage of American Indians received national awards in the USA, including a nomination for the Pulitzer Prize. His subsequent reporting has taken him to some of the world's most troubled regions—from El Salvador to Iraq, from West Africa to Afghanistan and Syria—but the Wounded Knee story remains the formative event of his career.

A National Public Radio (NPR) reporter in the 1970s, McKiernan co-produced The Spirit of Crazy Horse for PBS Frontline in 1990. In 2001 he wrote, directed and produced the PBS documentary Good Kurds, Bad Kurds. In 2006, St. Martin's Press released his book about the Middle East, THE KURDS: A People in Search of their Homeland. His film Bringing King to China premiered in the Santa Barbara International Film Festival (SBIFF) in 2011. His film Ethnic Cleansing in Burma: The Story of the Rohingya premiered at SBIFF in 2014. 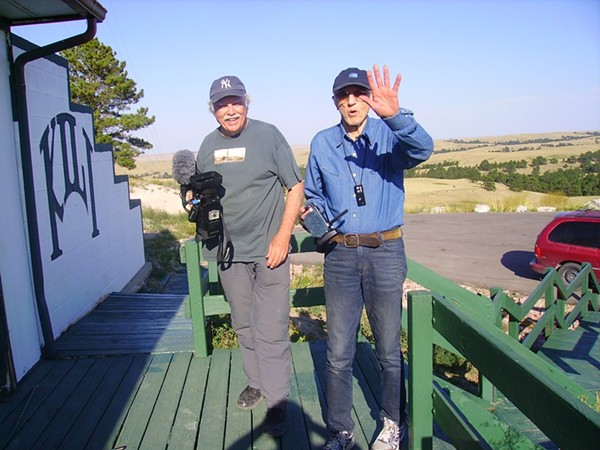 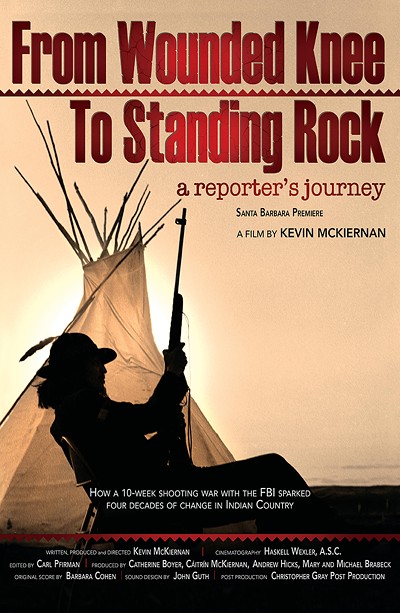